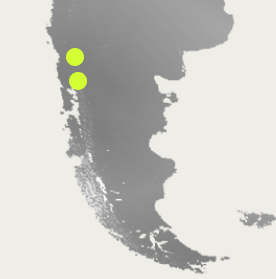 Giuliana Furci, mycologist and founder of the Fungi Foundation

What would a map of the planet's mycorrhizal fungal networks look like?

Mycorrhizal fungi comprise an ancient life-support system that easily qualify as one of the wonders of the living world. Documenting this hidden underground diversity is important because different fungal communities are associated with different ecosystem characteristics, from carbon sequestration, to drought tolerance and nutrient cycling. SPUN is developing machine learning algorithms to map and predict mycorrhizal fungal diversity across the globe.
Our predictive algorithms highlighted Southern Chile as both a potential biodiversity hotspot for mycorrhizal fungi  and one of the most under-explored regions for soil fungi. These predictions agree with existing expectations that Patagonia’s ancient rainforests contain some of the most biodiverse and productive fungal communities on Earth. 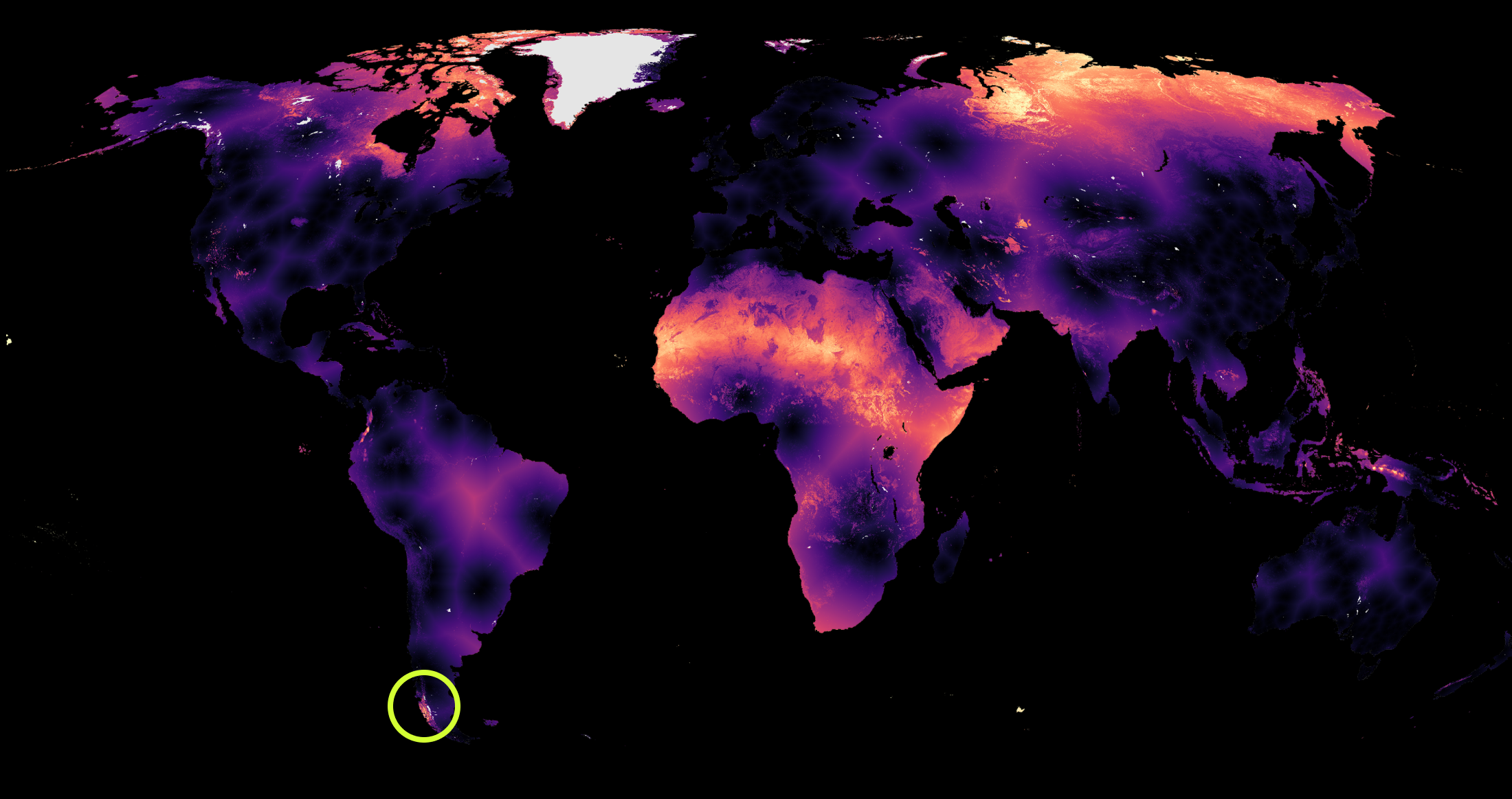 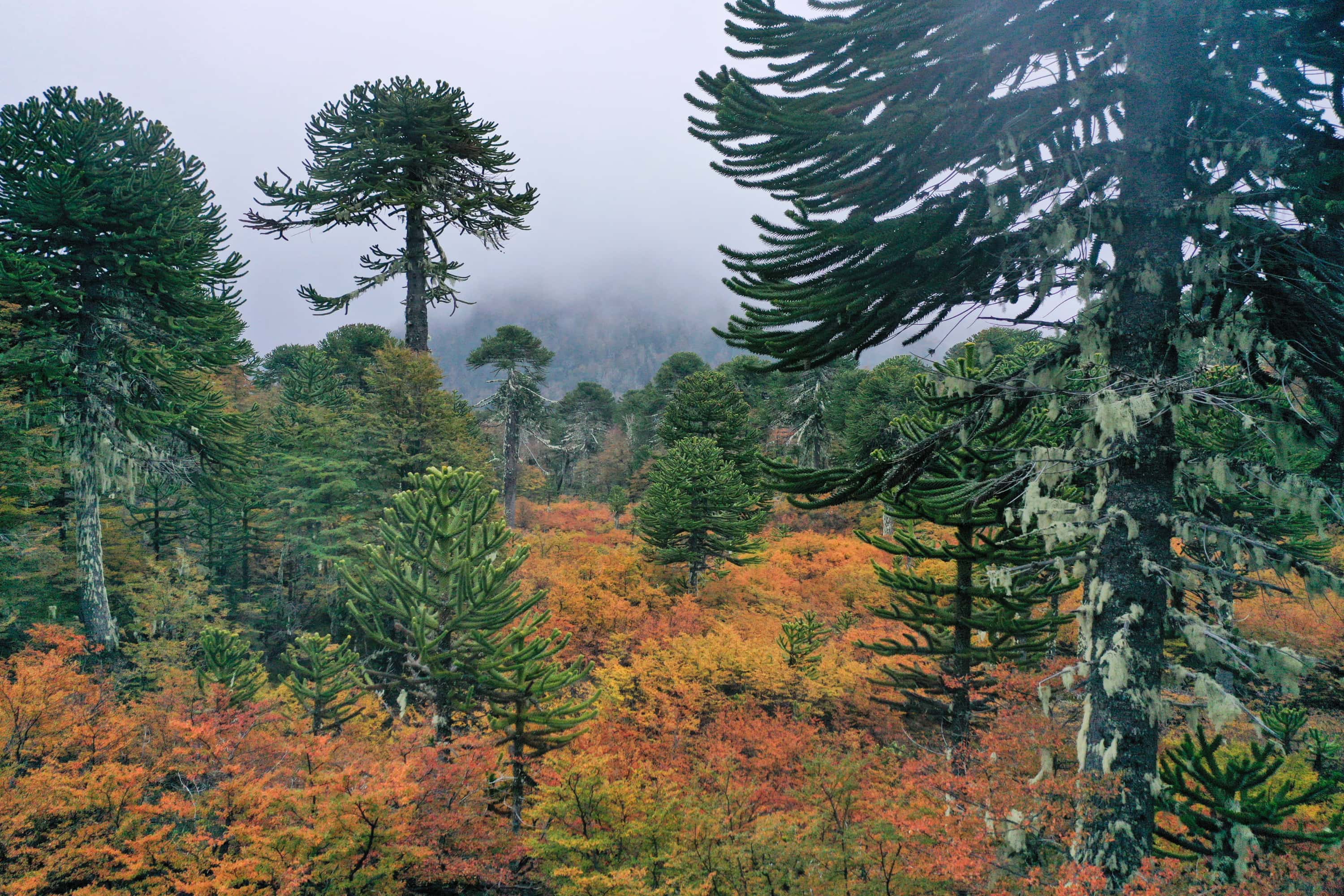 The Chilean Coastal mountain range served as a refugium for plants during the Last Glacial Maximum.

As a result, there are many endemic plant species, and a high number of isolated genera. In Villarrica National Park, the forests are dominated by the Araucarias (also known as Monkey Puzzle Trees) in the higher elevations. It is thought that the Araucaria araucana lineage is over 200 million years old. Individuals can live over 1000 years. The lower elevation ecosystems are dominated by Nothofagus spp. Past work has shown that hundreds of ectomycorrhizal (EM) fungi taxa are exclusive to Nothofagus spp. 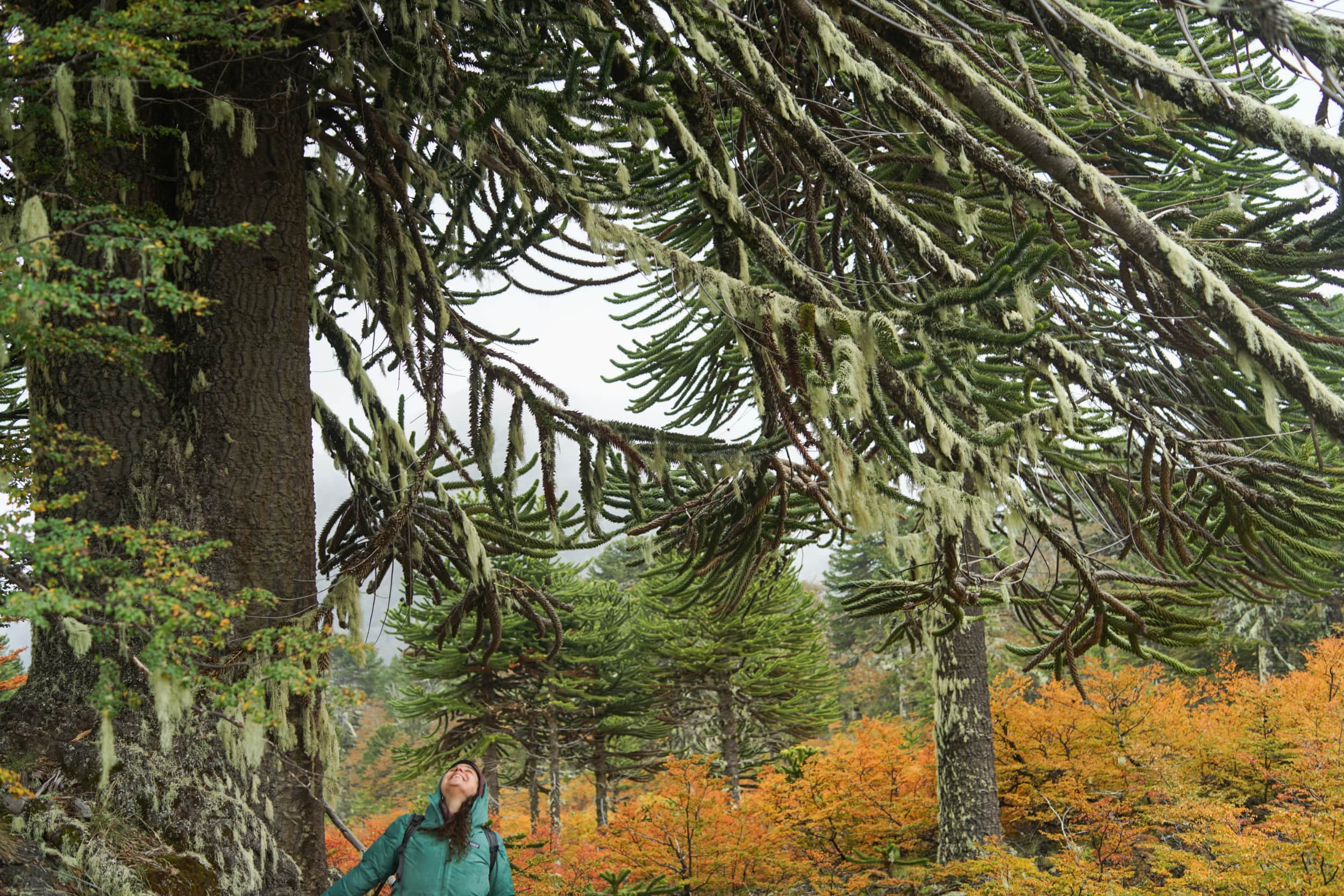 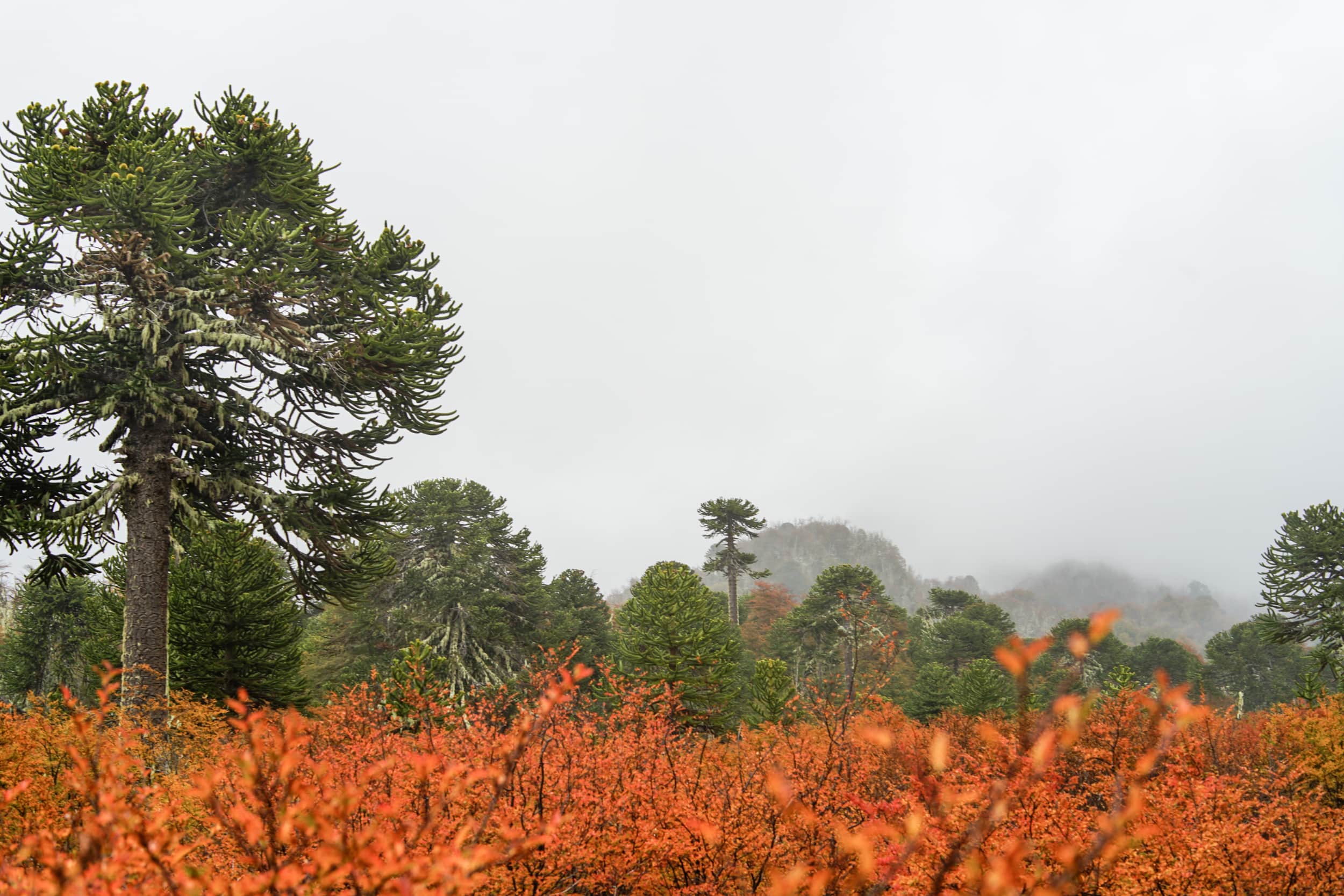 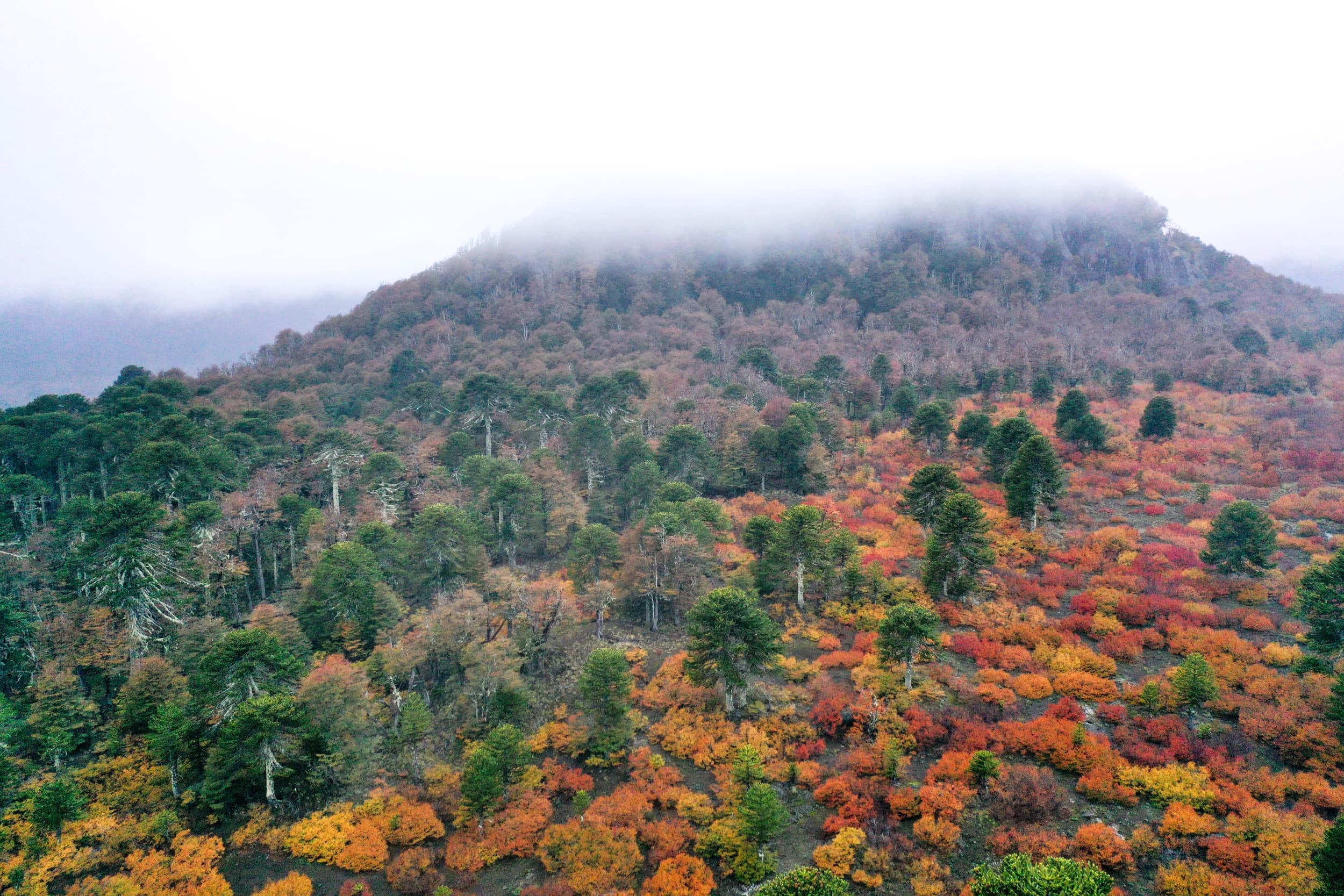 Our aim in Villarrica was to begin ground-truthing our global biodiversity predictions. Ground truthing involves comparing our model predictions with the actual species we find in the soil, as measured by DNA sequencing. Ground-truthing is very important because it allows us to update and improve our maps, and also to assess the accuracy and uncertainty of our predictions.

(agreement between predicted diversity and the true ground condition) 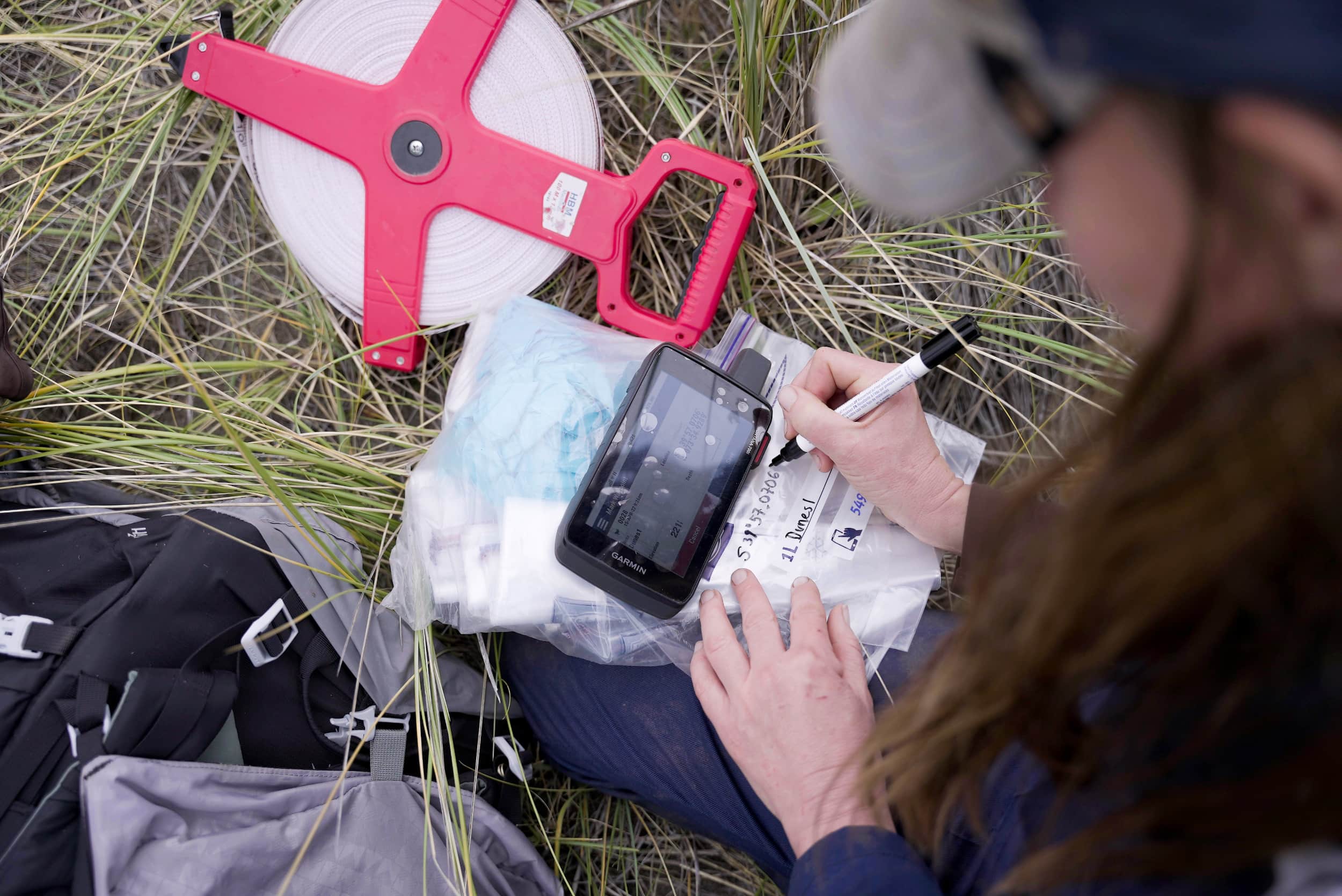 Ear to the soil

Light is not very useful to underground organisms, so many use sound to organise their lives.

Musician and soundscape explorer Cosmo Sheldrake used a range of microphones to record the sounds of the soil, which can be surprisingly noisy places. It’s not straightforward to work out which organisms produce each of the sounds that we could hear, but properties of the overall soundscape contains valuable information about the activity of soil organisms when compared between different underground environments. Listening to the soil is a powerful reminder of how much of the living world exists beneath our feet. 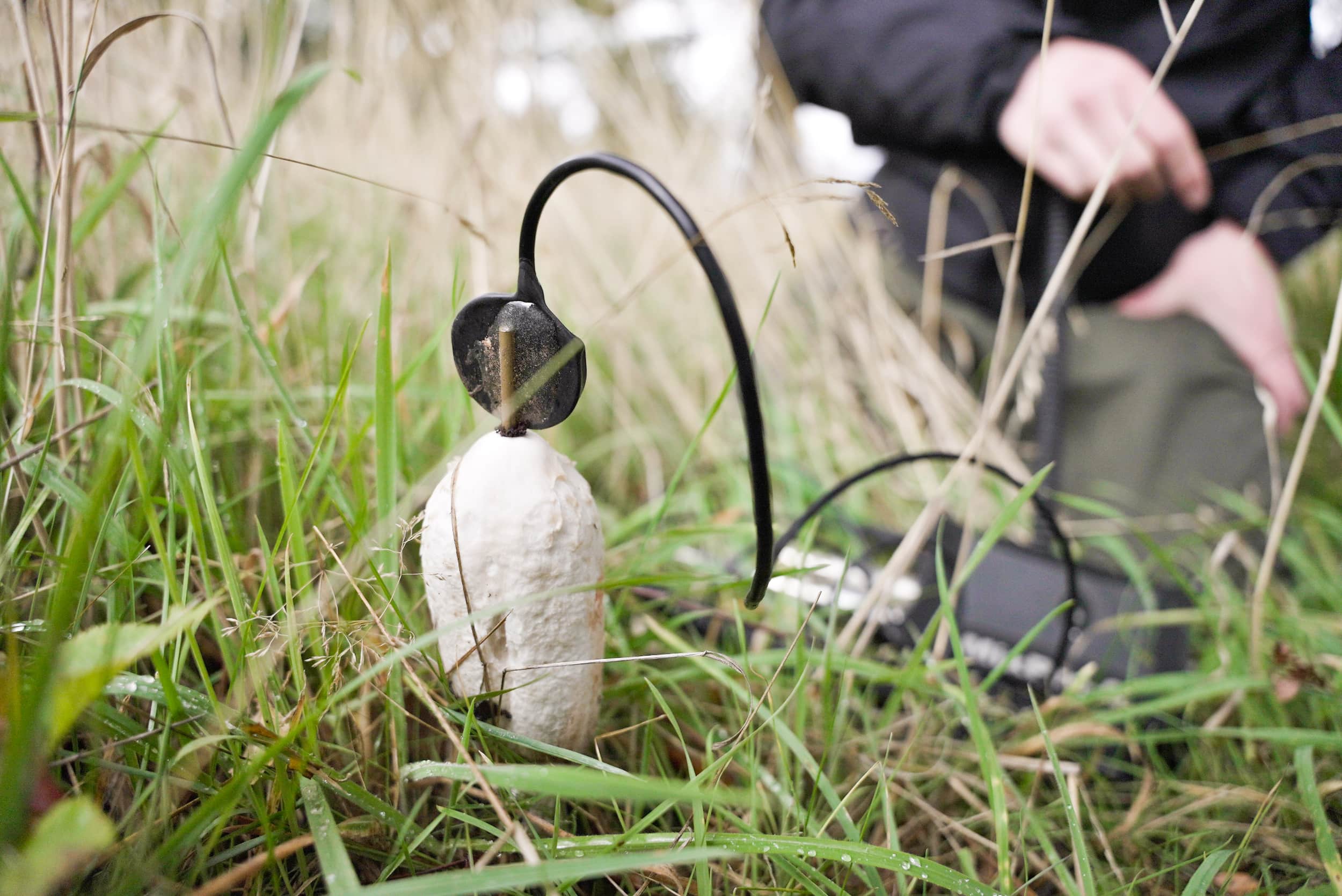 As part of the sampling efforts, Cosmo Sheldrake recorded the sounds of soil activity in the plots. 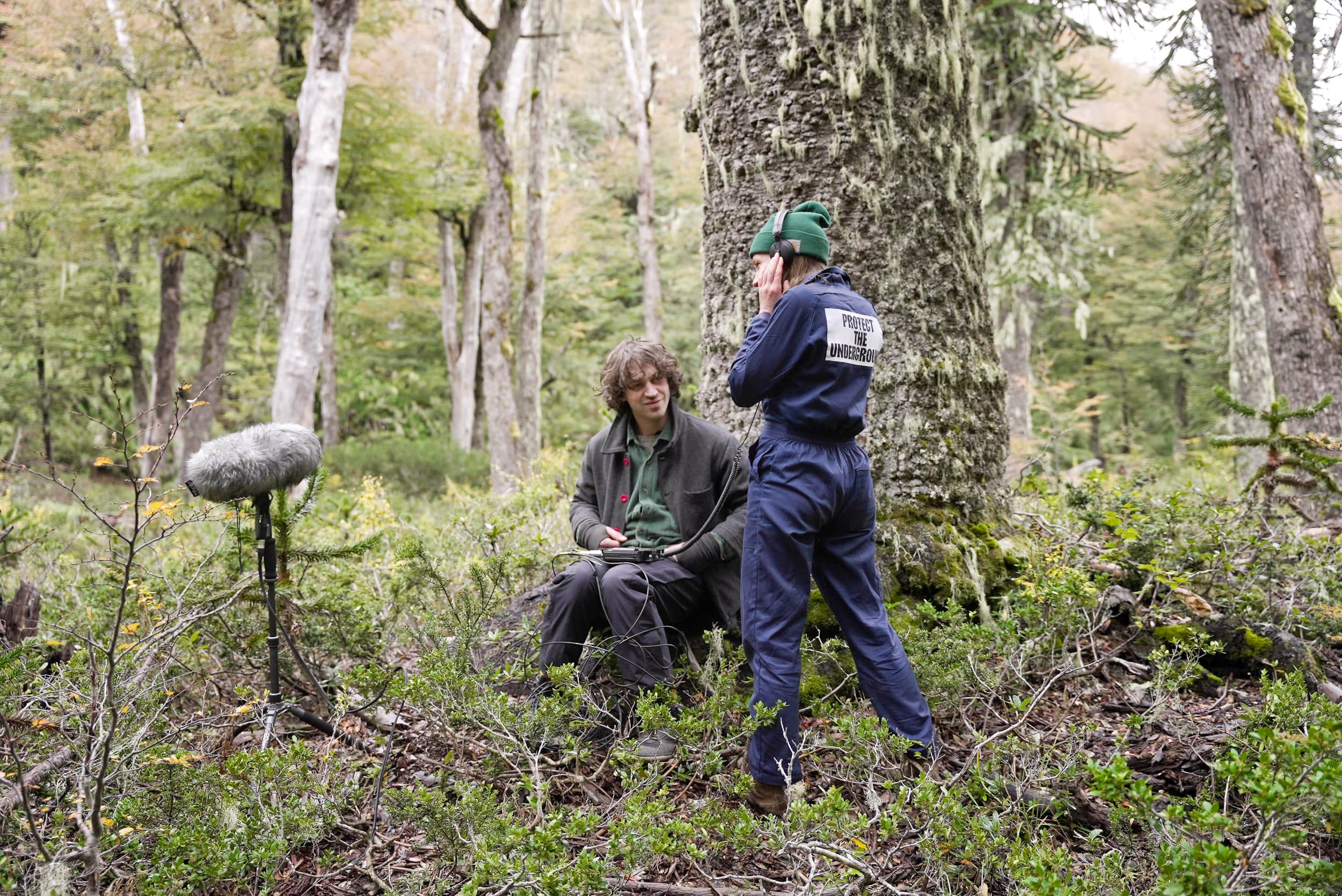 Cosmo Sheldrake and Toby Kiers listen to a recording made using highly sensitive hydrophones that were inserted into the soil, peat bogs and into gaps in tree roots

In Alerce, we focused on sampling the Fitzroya cupressoides forests, including one of the longest-living trees on Earth.

The second half of the expedition was in and around Alerce Costero National park – also called the “Lung of Southern Chile”. Here, we worked with César Marín and Roberto Godoy to sample soil around one of the longest living tree species on the planet Fitzroya cupressoides (Millenary Larch, Alerce Milenario). Fitzroya cupressoides forests are known as the [oldest, slowest rainforests in the world. Trees in a ‘slow rainforest’ grow slowly and have exceptionally low mortality, which allows a lot of carbon to accumulate in the soil.

This expedition allowed us to collect information that will help track the adaptations of fungal networks under climate change. In southern Chile, summer temperatures are projected to increase up to 4° C and precipitation is projected to decrease up to 50% by 2100. It is therefore essential to understand what fungi are here now, and then use future climate scenarios to help predict if these communities can survive in the future. Because these forests show such extreme carbon retention, we are interested in understanding how the mycorrhizal networks networks contribute to this carbon sequestration underground. 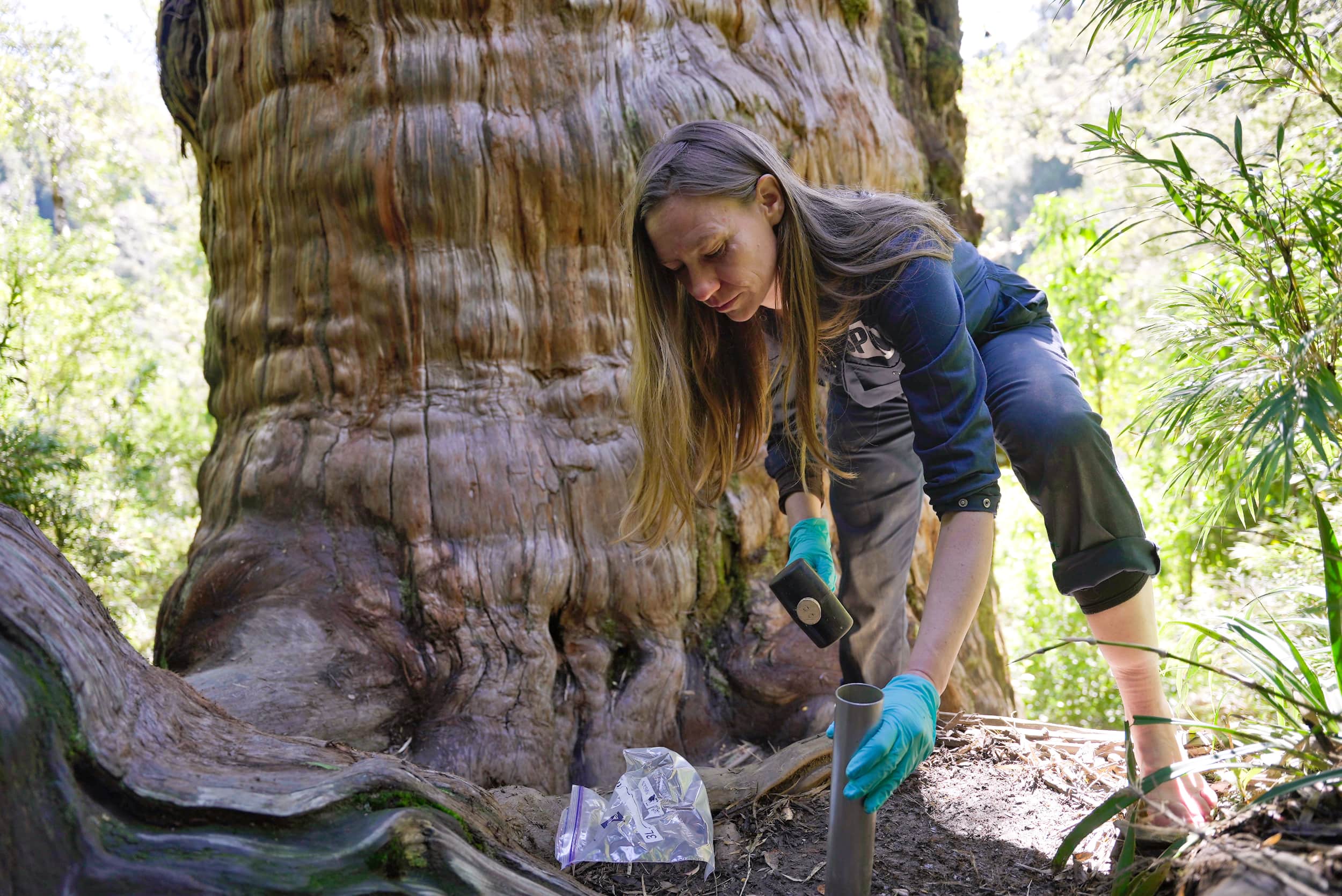 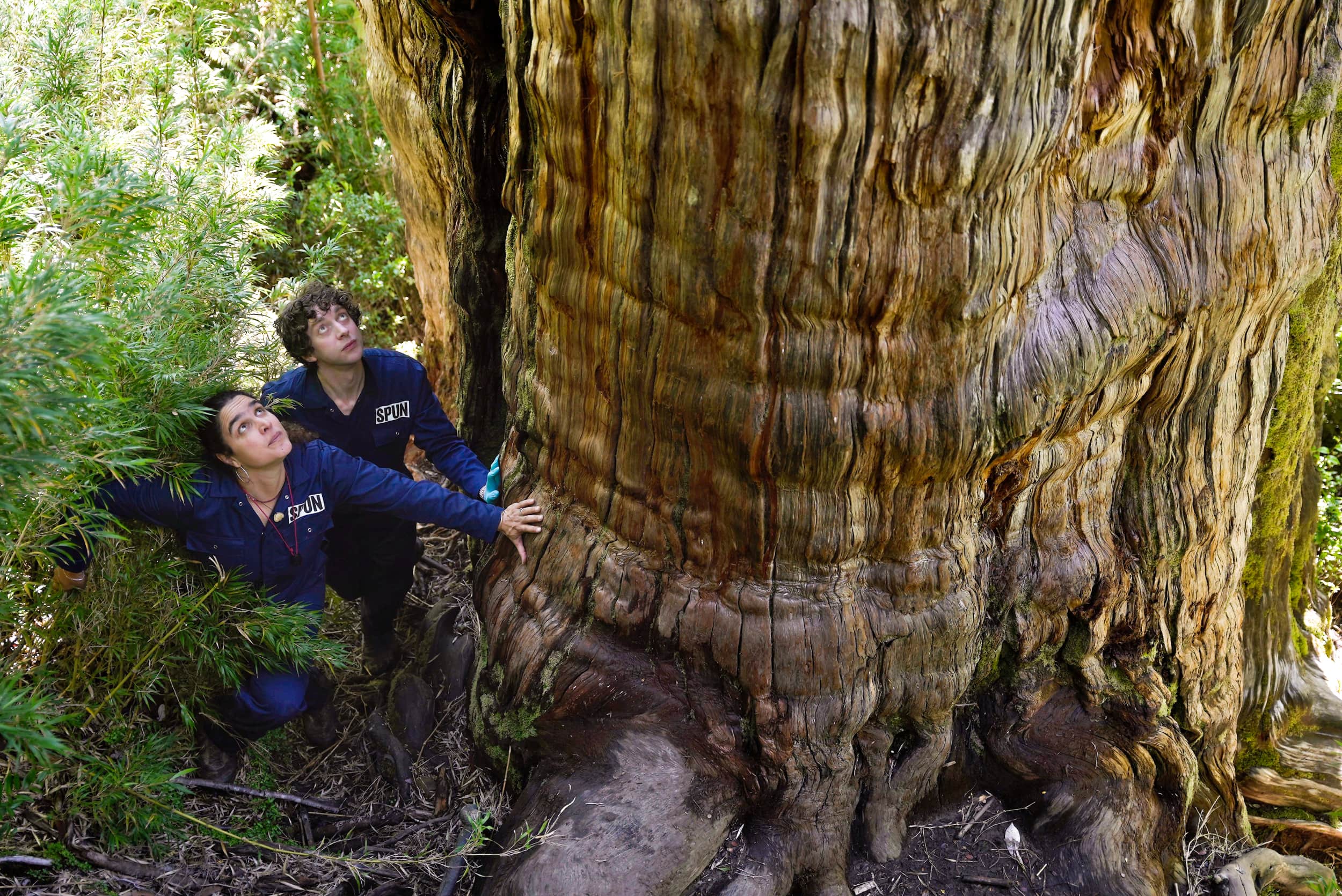 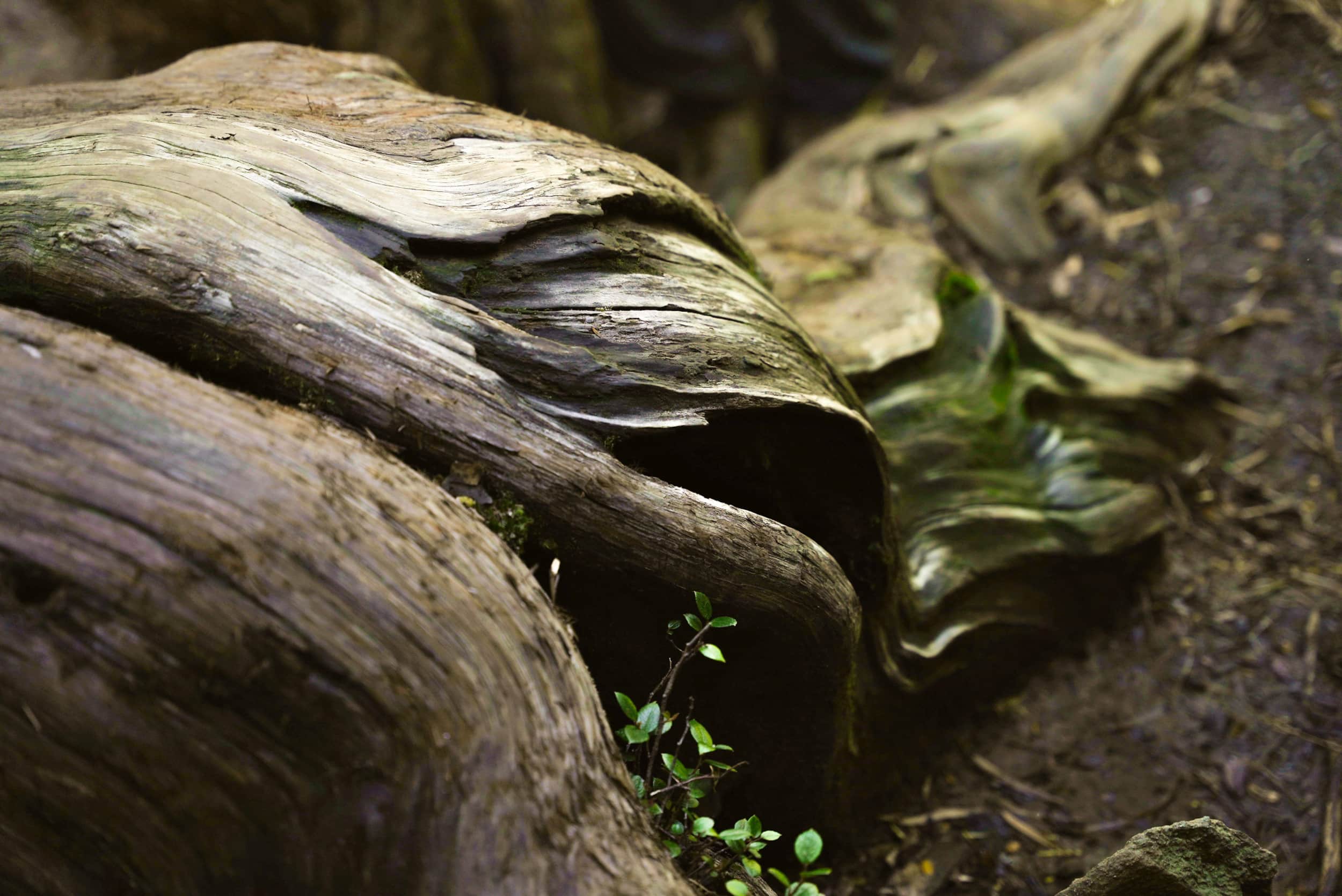 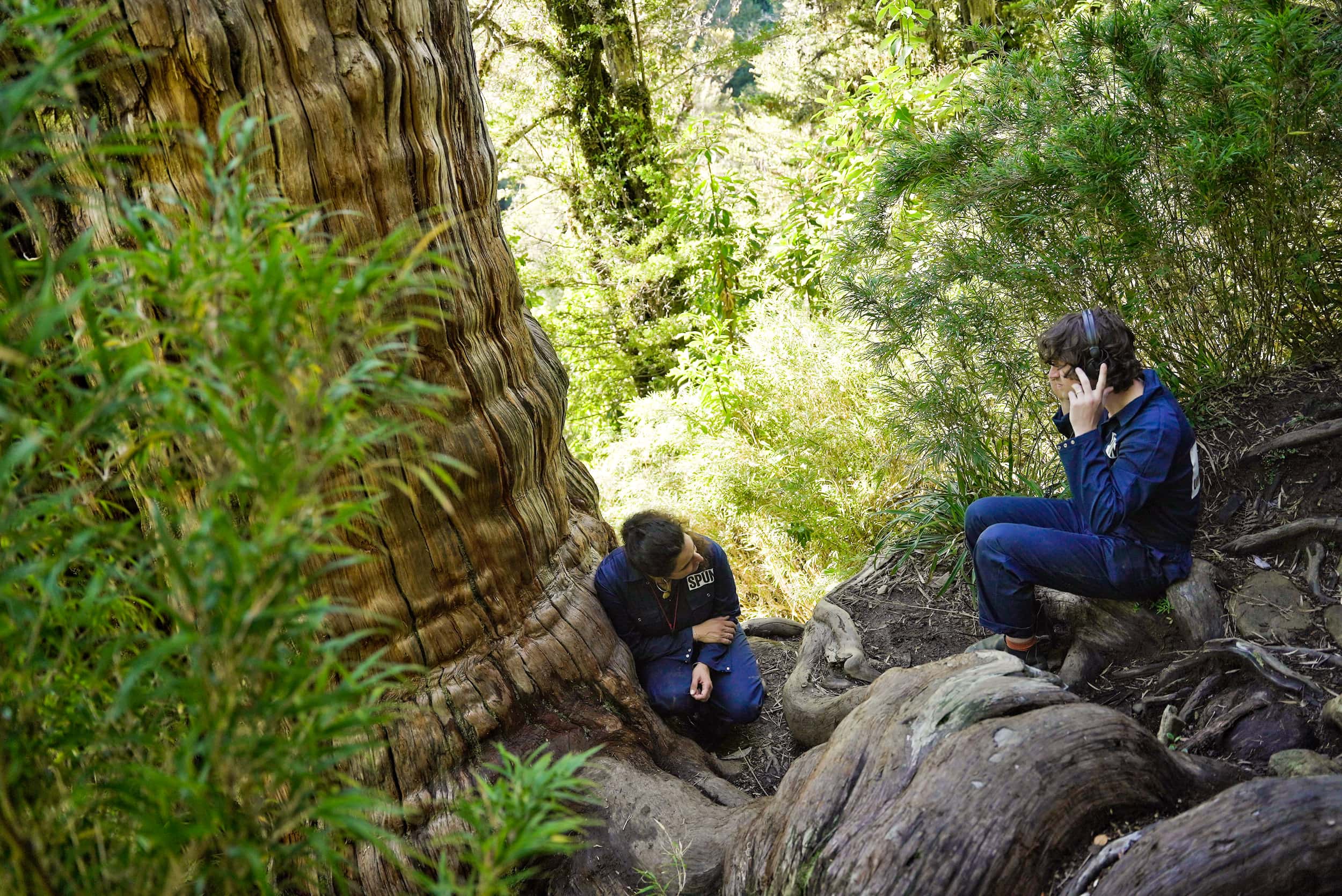 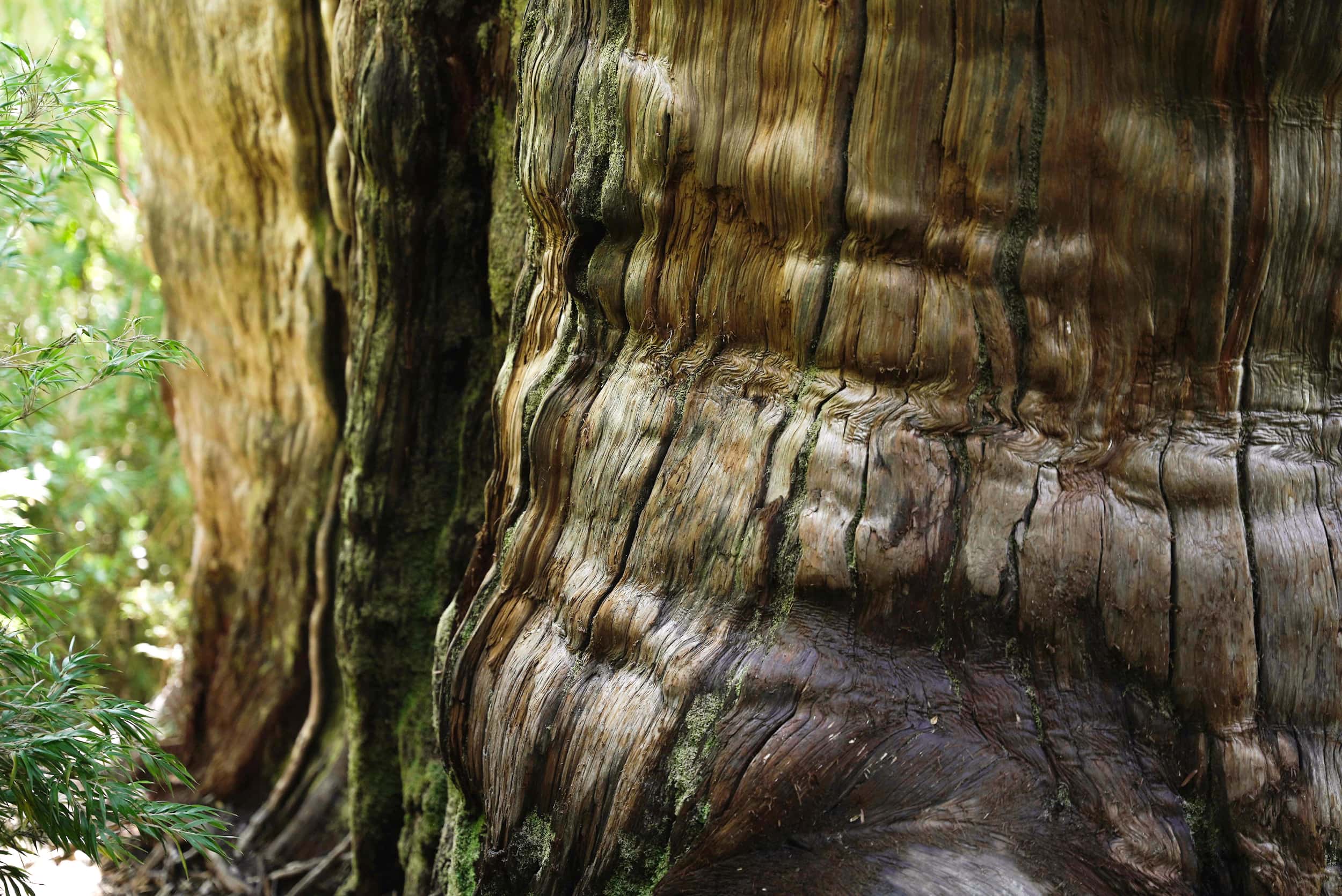 Why is ground truthing so important?

For our maps to be adopted in conservation projects and policy, we need to evaluate the uncertainty associated with our predictions of mycorrhizal fungal diversity.

To rigorously ground-truth biodiversity predictions, we need to compare our biodiversity hotspot predictions to samples collected in so-called ‘coldspots’. Coldspots tend to be areas of high land use change, deforestation, urbanization or intensive agriculture. These locations - representing the bottom 10% of predicted biodiversity values – are also included in the sampling campaign. 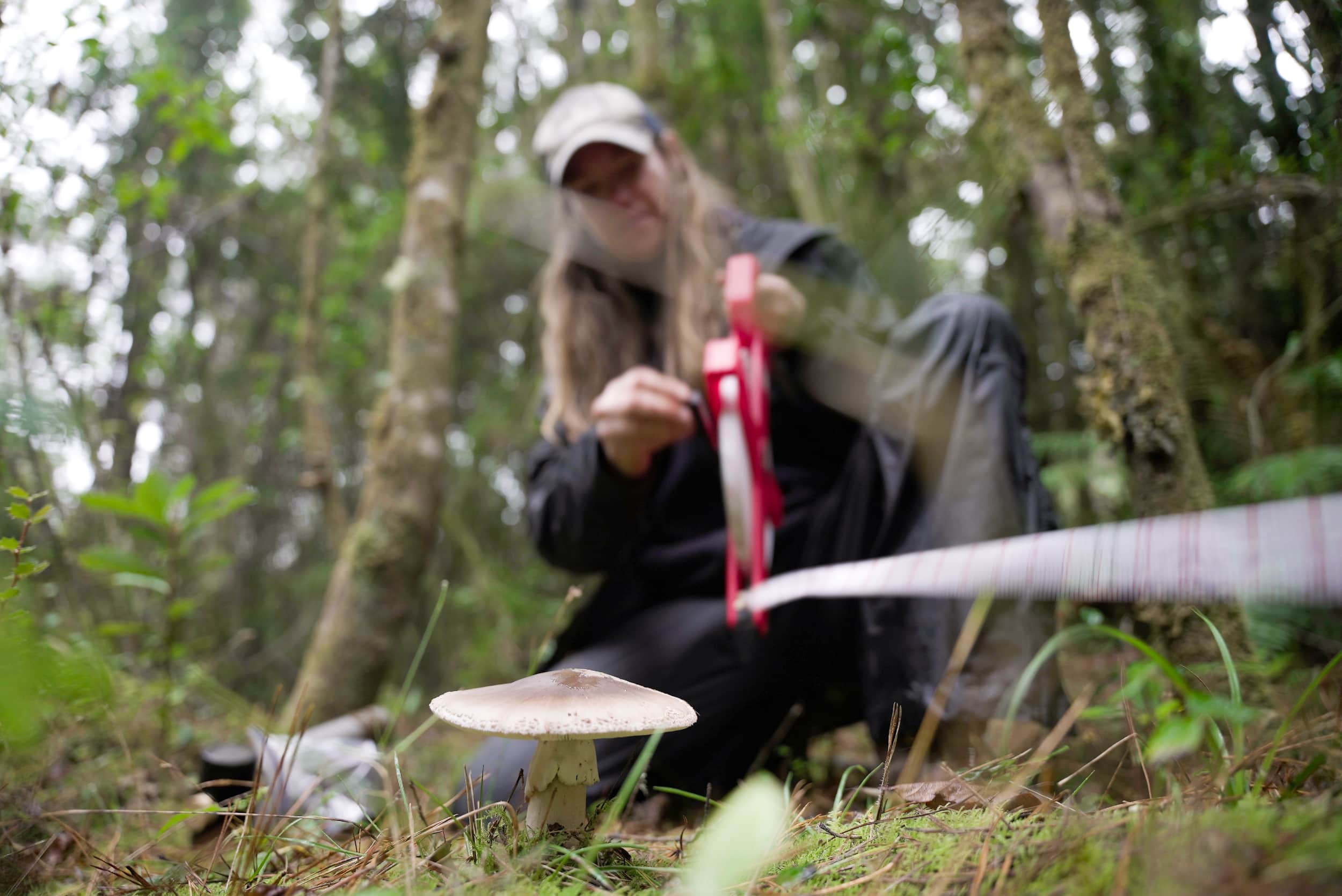 Jul 7, 2022
A fungal safari: a new nonprofit has launched an ambitious effort to raise the profile of often invisible soil fungi