Read up on the science behind mycorrhizal fungal networks.

Nearly all plants on Earth form a symbiosis with mycorrhizal fungi. These fungi have altered the evolutionary history of the earth.

WHAT ARE MYCORRHIZAL FUNGI?

Symbiotic relationships between plants and mycorrhizal fungi are around 475 million years old and play fundamental roles in the Earth’s biosphere.

The rise of plant-fungal partnerships corresponds with a 90% reduction in atmospheric CO2 levels. Today, between 80-90% of all plant species form a trade symbiosis with mycorrhizal fungi. Mycorrhizal fungi grow into large networks of tubular cells, known as mycelium (individual cells are called hyphae), which forage for nutrients in the soil and exchange them with their plant partners. A single gram of soil can contain up to 90 meters of mycelium. The total length of mycorrhizal mycelium in the top ten centimeters of soil is around 450 quadrillion kilometers: around half the width of our galaxy. Mycelium forms a sticky living mesh that provides soil with much of its structure. Mycorrhizal fungi do more than provide plants with nutrients. Mycorrhizal fungi are also important in pathogen protection, heavy metal tolerance, and water uptake.

Plants and fungi exchange resources with one another and are able to strike compromises, resolve trade-offs and deploy sophisticated trading strategies.

Soils are some of the most complex ecosystems on Earth, and fungi must trade to survive. Animals rely on a central nervous system to make trade decisions, but fungal networks must evaluate trade environments without a brain. First, they must forage for nutrients in the soil (like phosphorus and nitrogen). Second, they must exchange these nutrients for carbon compounds (like sugars and fats). To do this, mycorrhizal fungi have evolved sophisticated trading strategies, and can discriminate between plant partners, exchanging more resources to plants that provide them with more carbon. Fungi can capitalize on value differences across complex trade networks by moving resources to where they gain a better price from plant ‘buyers’. In one study, when faced with an unequal supply of nutrients across their networks, mycorrhizal fungi moved phosphorus to areas of scarcity, where it was in higher demand and therefore fetched a higher ‘price’. By doing so, the fungus was able to receive larger quantities of carbon in return. Fungi can even hoard resources until they retain a higher ‘price’. Researchers are using new tools to tag nutrients inside fungal networks and track fungal trade decisions.

Mycorrhizal fungi form networks that have the potential to connect plants underground. These networks may help distribute nutrients across ecosystems. Under laboratory conditions, organisms, like bacteria, can also use these fungal ‘super-highways’ for transport, allowing them to travel between between different roots.

Underground, mycorrhizal fungi form networks of hyphae potentially connecting roots of diverse host plants. The function of these networks, called common mycorrhizal networks (CMNs), has been debated for decades. In some cases, they may facilitate the flow of nutrients and carbon, mediate both cooperative and competitive relationships between plants, and help protect plants from pests and pathogens. Once a plant has ‘plugged into’ a CMN, the network may serve as a physical conduit for the movement of nutrients and chemicals. The vast majority of these studies have been done in the laboratory, so more field work is needed to understand the function of CMNs under natural conditions.

Figueiredo, A. et al. “Common mycorrhizae network: A review of the theories and mechanisms behind underground interactions”. Frontiers in Fungal Biology 2 (2021) 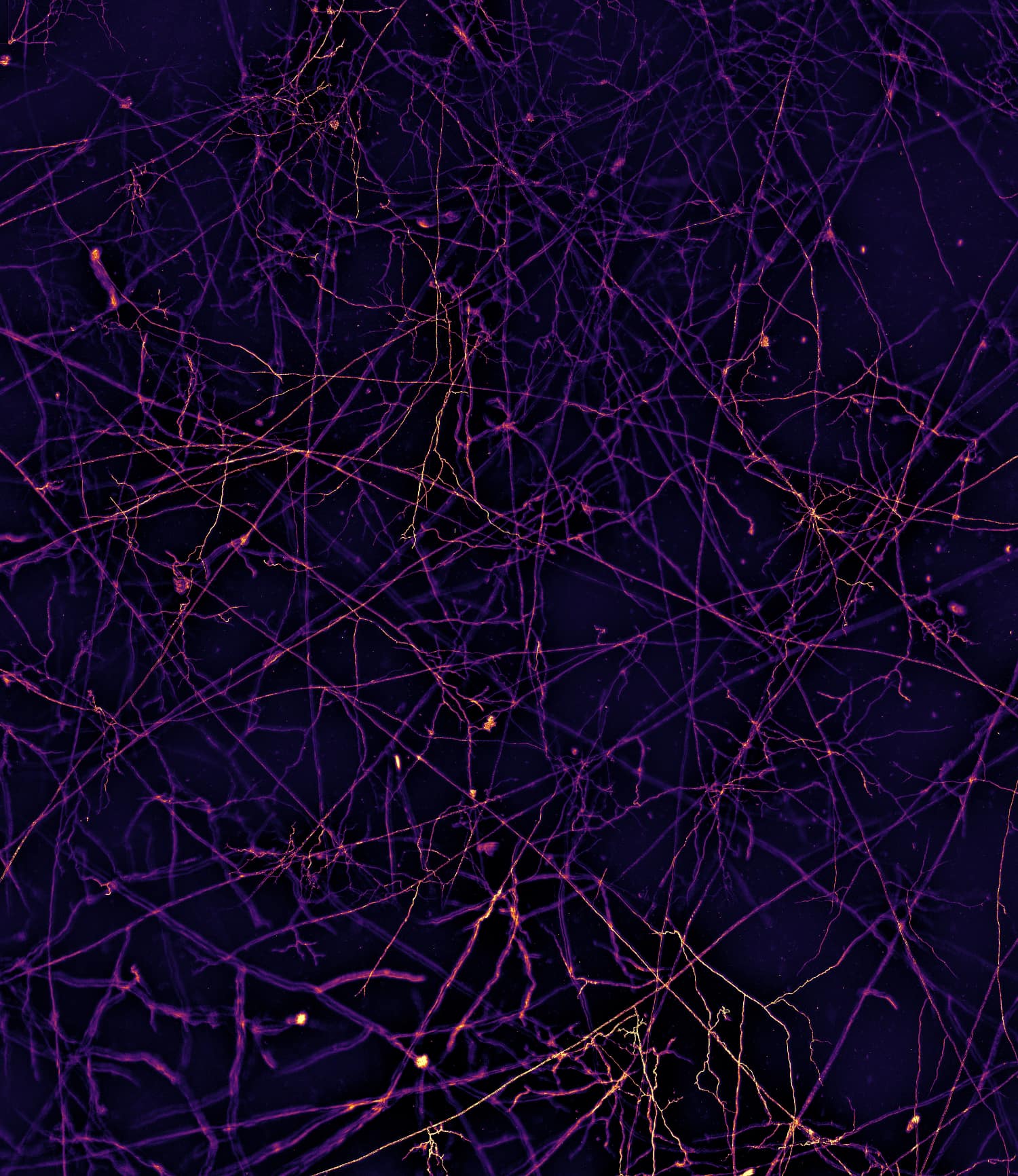 Some researchers have published work to suggest that plants can pick up cues from neighboring plants via shared mycorrhizal networks, potentially allowing them to prepare for insect attacks. But much more evidence is needed before we understand if this is actual “communication”.

One idea is that plants can prepare themselves for insect attack by picking up cues that travel through common mycorrhizal networks. In this sense, plants use the fungal network to ‘eavesdrop’ on their neighbors. While the ’social networking’ of plants via fungal connections is a popular idea, it needs more data from field experiments before it can be potentially used to improve forestry and crop management in agricultural systems. For example, more work is needed to determine to what extent these signals travel through a CMN or through other ways, like via root exudates.

Phosphorus, nitrogen, carbon and other nutrients flow through mycorrhizal networks in complex patterns. To understand how fungi coordinate flows, researchers are simultaneously monitoring the architecture of networks and the direction and speed of flows within the networks.

How do fungi control the flows of nutrients across their large and complex networks? Fungal networks are bathed in a rich field of sensory information and must integrate a complex array of chemical, physical, and environmental stimuli. Fungal networks must constantly remodel themselves, sending carbon to growing tips to build new trade routes, and collect nutrients, like phosphorus and nitrogen, to send to plants roots. Scientists are studying the complex flow patterns inside fungal networks to find out how we can better harness the power of mycorrhizal associations to store carbon and support the health of ecosystems.

THE FOUR TYPES OF MYCORRHIZAL FUNGI

There are four main types of mycorrhizal association. Each type interacts with plants in different ways and differ in their ability to store carbon and forage for nutrients. 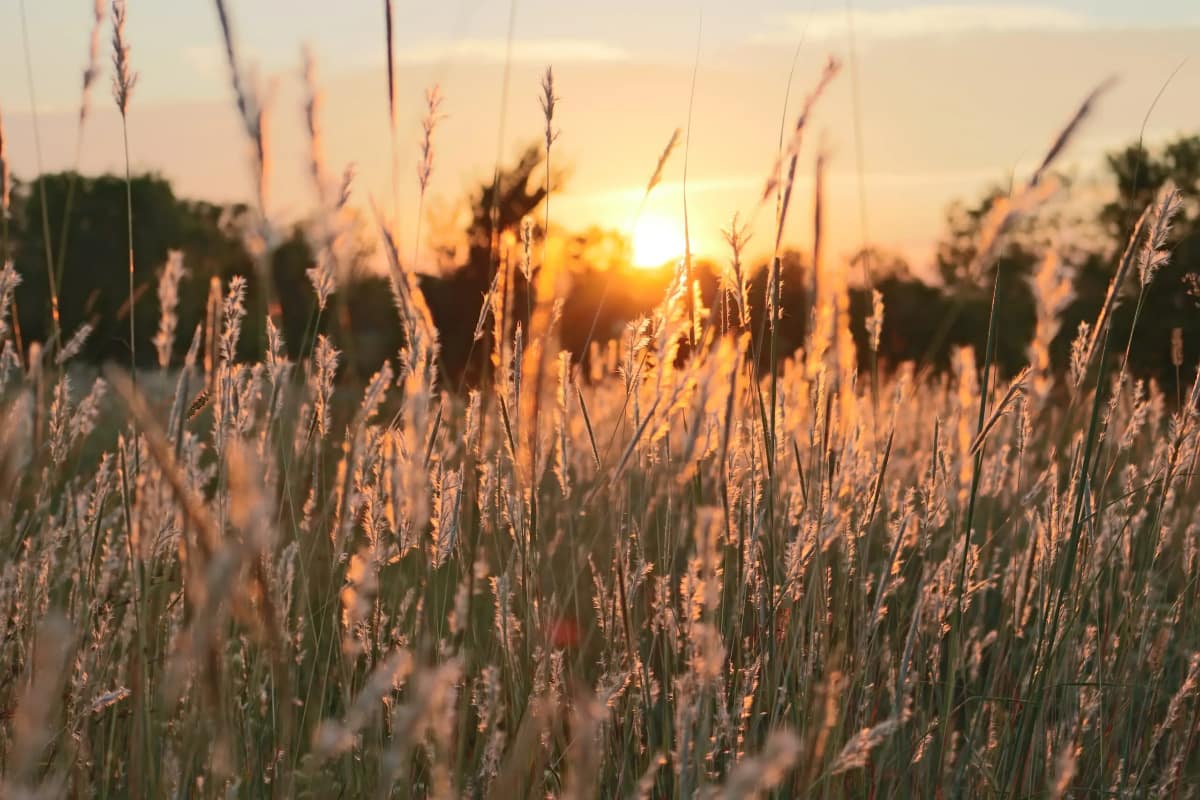 Arbuscular mycorrhizal fungi are the ancient, ancestral form of mycorrhizal symbiosis. These fungi played a key part in the movement of plants’ ancestors onto dry land. By the time the first roots evolved, the mycorrhizal association was already some 50 million years old.

Physiologically, arbuscular mycorrhizal fungi form intracellular structures in roots called arbuscules. Arbuscule means ‘a branched treelike organ’. This is because arbuscules look like mini-trees inside the roots of plants. Arbuscules are the main sites of nutrient exchange between plants and fungi. Plants associated with arbuscular mycorrhizal fungi represent around 70% of global plant biomass, including all major crops, making it one of the most important symbiotic relationships on Earth. 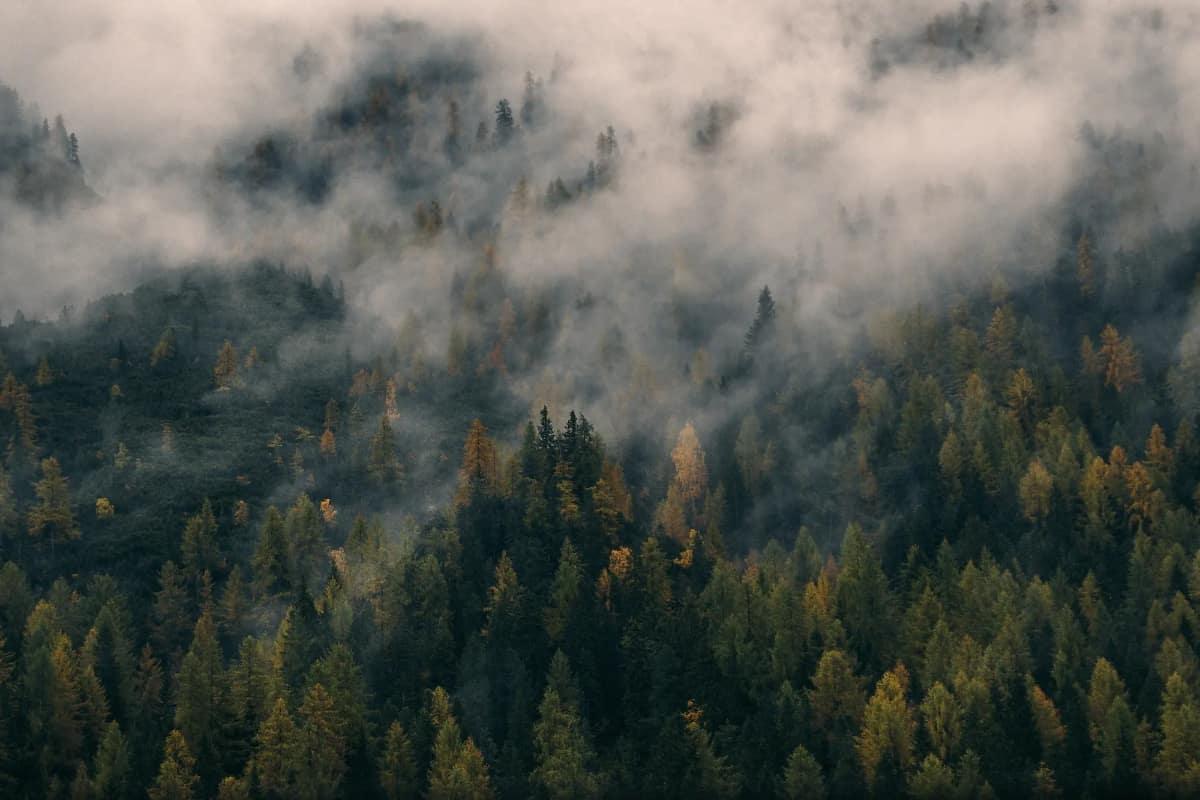 The ectomycorrhizal lifestyle has evolved independently more than 70 different times 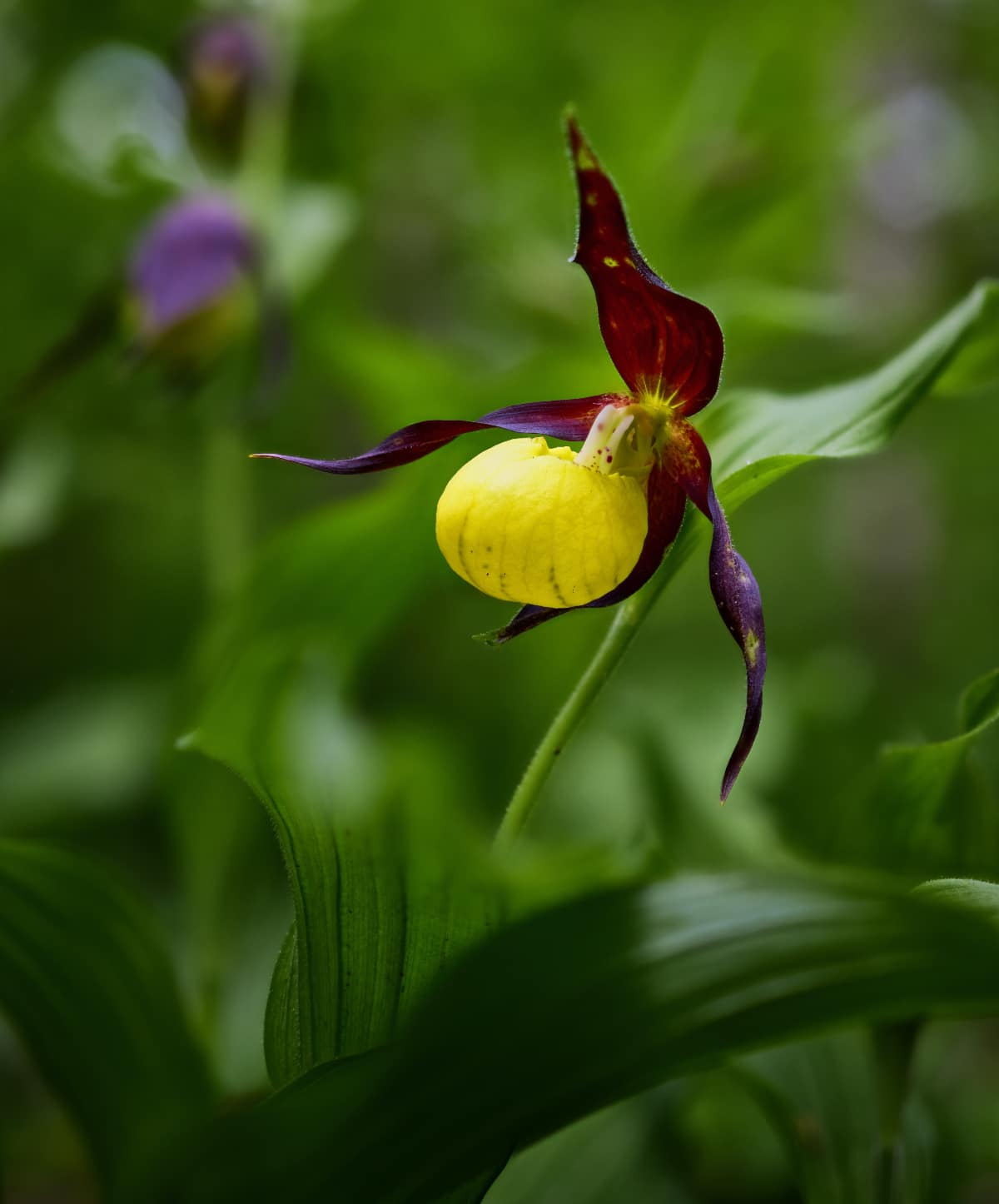 Of all the plant families, orchids are the most diverse, and orchid-specific mycorrhizal fungi may have played a role in their evolutionary success. There are 250 species of orchid that have lost the ability to photosynthesize entirely, and acquire all the carbon and nutrients they need to survive from their fungal partners. 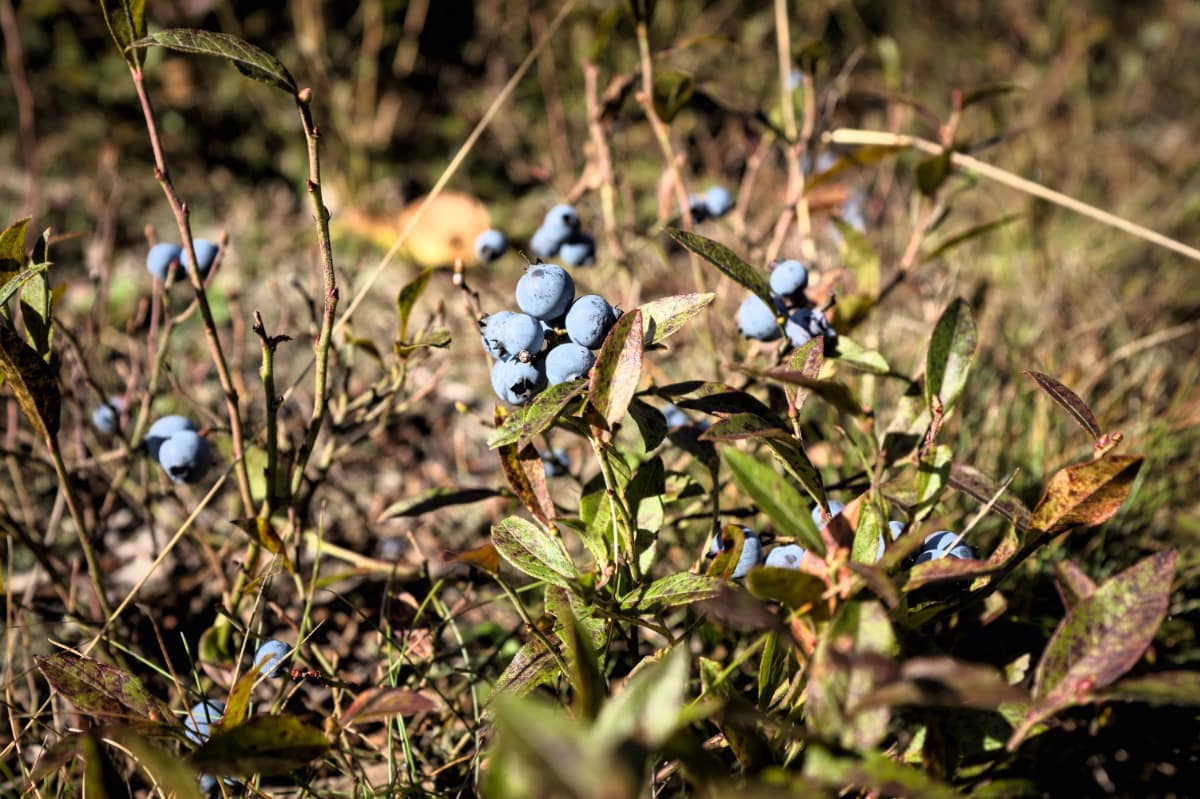 Ericoid mycorrhizal fungi form coils in the root cells of their plant partners rather than arbuscules, and produce enzymes that allow them to break down complex organic molecules.